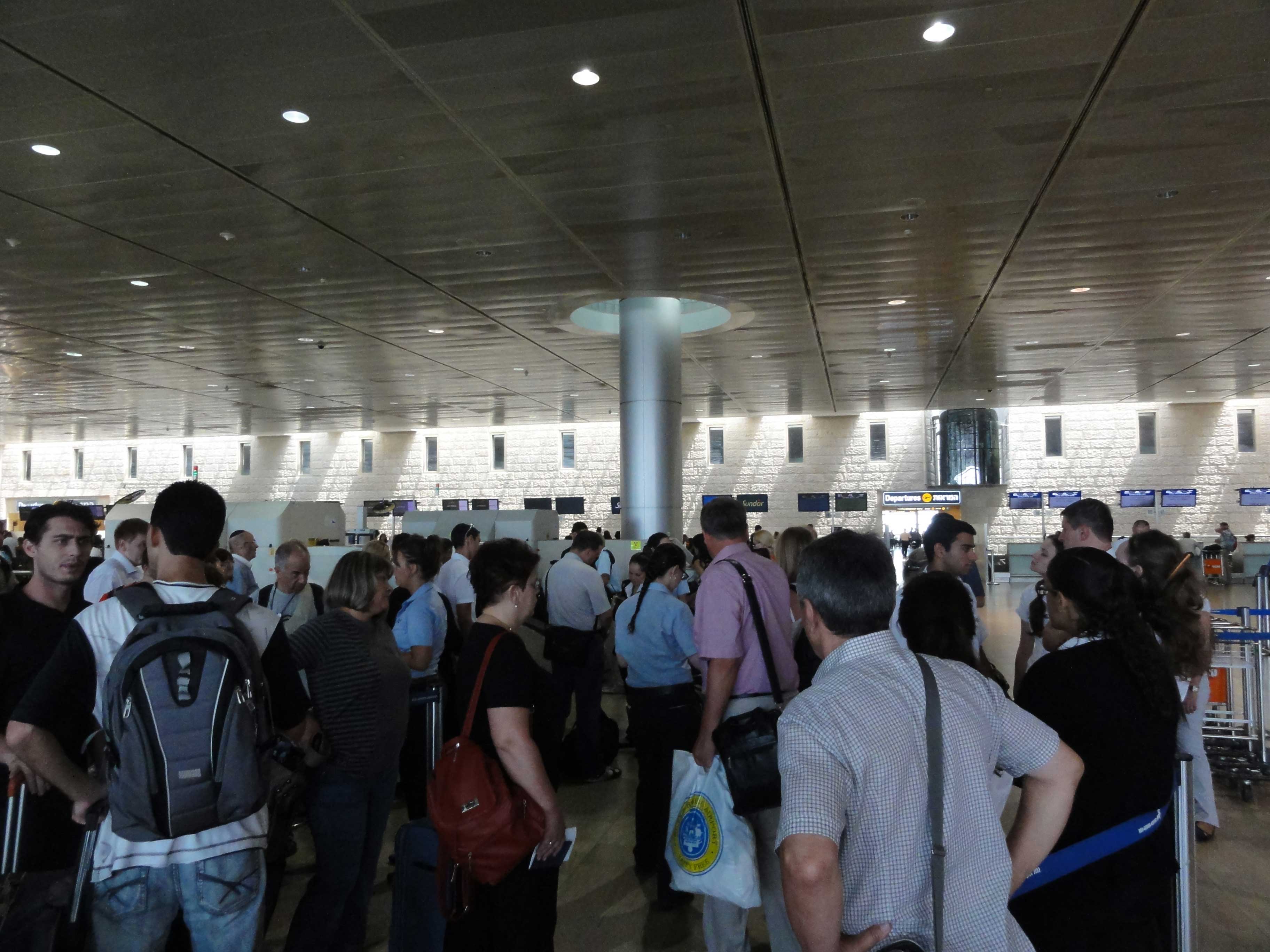 Passengers traveling to Israel from Liberia, Guinea and Sierra Leone will now be subjected to body scans with handheld infrared cameras upon arrival.  This, after over 4,000 people have died in Africa, and the disease has spread to the United States and Spain.

In a cabinet meeting Sunday morning,  Prime Minister Benjamin Netanyahu addressed the growing worldwide threat to representatives from government, police & the airport authority. “Israel is prepared to stop, as much as is possible, the entry of Ebola patients into our borders, as part of our general efforts to defend our borders from illegal infiltrators and terror. Ebola is an international epidemic and we are cooperating with other countries.” He went on to say, “In addition to protecting our borders, we are taking a number of steps to isolate patients, if they arrive, and, of course, to treat them in our healthcare system,” noting that he had hoped there would not be a need for the precautionary measures, but that the government was prepared for all possibilities.

Personnel at Ben-Gurion Airport have already begun stepping up with measures to identify travelers who may be infected with Ebola at all border crossings in effort to prevent them from entering the country.  In addition to using handheld infrared cameras to monitor passengers for fever symptoms, some of the security measures in place include passing out informational flyers in several foreign languages and requiring questionnaires to be filled out by anyone arriving from  Liberia, Guinea and Sierra Leone, the three countries that have been a hot bed for the virus.

According to Dr. Leslie Lobel, a seasoned Ebola researcher from Ben-Gurion University, “I have been saying for a long time that everyone arriving at Ben-Gurion Airport should have their temperature measured by infrared cameras. Even if someone [actually only has] the flu, it is a public health issue and the person should be quarantined until we know if it’s a virulent strain that might cause public health problems and was transported from another part of the world. The degree of inaction regarding viral disease in travelers is breathtaking and will one day be something we all regret.  There are plenty of tests that can be performed on travelers with fever that can rule out diseases that need quarantine. Although some tests are rapid, others might take a couple of hours. It’s a small price to pay for the heath of our population.”

Since the recent events of the death of Thomas Duncan due to Ebola and a nurse who treated him coming down with the virus, major gateway airports in the US are stepping up to more carefully screen arriving passengers from the three hard-hit countries in Africa by using handheld infrared cameras to check their temperatures.  Those who are found to have fever or a possible exposure to Ebola will be immediately referred to the CDC for evaluation, treatment and quarantine if warranted.

JFK Airport in New York was the first airport to institute the measure of using handheld infrared cameras, which will also be implemented at O’Hare in Chicago, Newark, Washington DC’s Dulles and Atlanta airports. Other nations are quickly realizing the need for advanced screening as well, after incidents in Great Britain and Brazil where a Spanish nursing assistant became infected and was possibly in contact with 13 people, and a man with flu like symptoms was put in isolation for his symptoms. 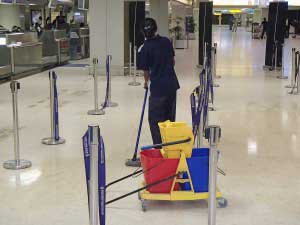 About 200 Air Serv workers  supporting Terminal D at La Guardia Airport began a 24-hour strike last Wednesday night, citing health and safety issues over the Ebola scare. The cleaning workers are even seeking to unionize over the issue, stating they often come in contact with feces, blood and vomit and do not have the proper equipment to perform their jobs in a safe manner.

According to an interview with The Guardian, one of the workers named Wendy Arellano, her fears are very justified. “When I do bathroom, I come in contact with tampons which I have to grab with my hand, with a glove that’s so cheap that it breaks easily. I come in contact with feces, a lot of feces and vomit. And we have to clean those bathrooms spotless because they audit those planes. They expect us, that if a little bit of feces stays on the toilet, that we remove it with our hands because [if not] they will say that bathroom is dirty. And I refuse to do it because I think it’s disgusting and I don’t have the appropriate attire, and because I don’t know what that person has. We come in contact with a lot of stuff that is dangerous for our health and obviously they don’t give us the appropriate tools to work with.”

Since then, the Port Authority stated, “The Port Authority has agreed to review the concerns raised today by AirServ’s cleaning personnel at LaGuardia Airport and is pleased they will be returning to their jobs.”

Q & A on Ebola Transmission

(taken from the CDC: http://www.cdc.gov/vhf/ebola/transmission/qas.html)

What are body fluids?
Ebola has been detected in blood and many body fluids. Body fluids include saliva, mucus, vomit, feces, sweat, tears, breast milk, urine, and semen.

Can Ebola spread by coughing? By sneezing?
Unlike respiratory illnesses like measles or chickenpox, which can be transmitted by virus particles that remain suspended in the air after an infected person coughs or sneezes, Ebola is transmitted by direct contact with body fluids of a person who has symptoms of Ebola disease. Although coughing and sneezing are not common symptoms of Ebola, if a symptomatic patient with Ebola coughs or sneezes on someone, and saliva or mucus come into contact with that person’s eyes, nose or mouth, these fluids may transmit the disease.

What does “direct contact” mean?
Direct contact means that body fluids (blood, saliva, mucus, vomit, urine, or feces) from an infected person (alive or dead) have touched someone’s eyes, nose, or mouth or an open cut, wound, or abrasion.

How long does Ebola live outside the body?
Ebola is killed with hospital-grade disinfectants (such as household bleach). Ebola on dried on surfaces such as doorknobs and countertops can survive for several hours; however, virus in body fluids (such as blood) can survive up to several days at room temperature.

We don’t know if people who recover are immune for life or if they can become infected with a different species of Ebola.

If someone survives Ebola, can he or she still spread the virus?
Once someone recovers from Ebola, they can no longer spread the virus. However, Ebola virus has been found in semen for up to 3 months. People who recover from Ebola are advised to abstain from sex or use condoms for 3 months.

Can Ebola be spread through mosquitoes?
There is no evidence that mosquitoes or other insects can transmit Ebola virus. Only mammals (for example, humans, bats, monkeys and apes) have shown the ability to spread and become infected with Ebola virus.

Read more about Ebola on the CDC website, http://www.cdc.gov/vhf/ebola/about.html.