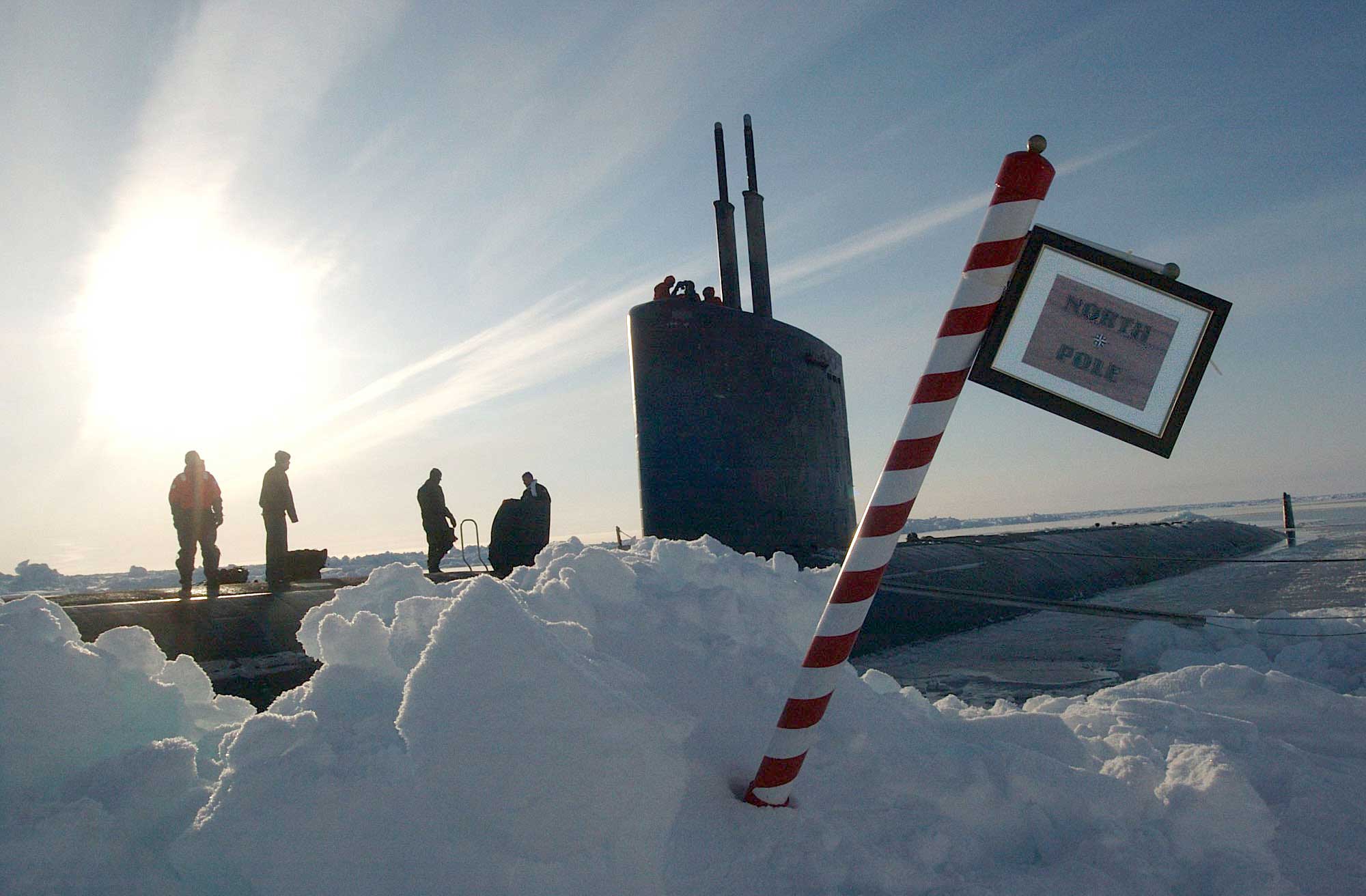 Scientists at the Lawrence Berkeley National Laboratory have identified far infrared energy as being a major culprit in the arctic warming trend melting polar sea ice, according to the study published in the Proceedings of the National Academy of Sciences this week called, “Far-infrared surface emissivity and climate.”

What is far Infrared?

Far infrared is a long-wavelength region of the electromagnetic spectrum that accounts for half of the energy emitted from planet Earth.  Falling between 15 μm and 100 μm (microns, or one-millionths of a meter),  it is beyond the human-visible spectrum, which is 400-700 nanometers (nanometers are one-billionths of a meter). The emission of the far infrared energy is meant as a natural tool to balance out incoming solar wavelengths. That being said, far infrared energy is vital to our planet’s functionality. 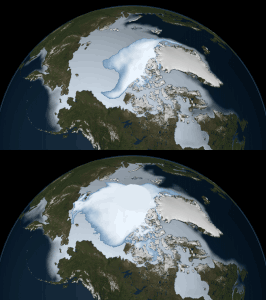 The image shows sea ice coverage in 1980 (bottom) and 2012 (top), as observed by passive microwave sensors on NASA’s Nimbus-7 satellite and by the Special Sensor Microwave Imager/Sounder (SSMIS) from the Defense Meteorological Satellite Program (DMSP).

Further in the study during global climate model simulations (the Community Earth System Model, which adheres to the Department of Energy’s Accelerated Climate Model for Energy),  the researchers discovered that the impact of the phenomenon is greatest in arid high-latitude and high-altitude climates.  In the Arctic climate, the open ocean was found to be less efficient than the ice, resulting in warmer ocean water, melting sea ice, and an overall 2° degree Celsius increase in the polar climate after only a 25 year cycle.  Since polar warming tends to be more prevalent during the three month winter where there is no sunlight, the data would suggest the simulations are correct. The data was also correspondingly replicated on a simulation on the Tibetan plateau, and there is also a correlation between the phenomenon and dark ocean water that absorbs more solar energy than sea ice does.

“Far-infrared surface emissivity is an unexplored topic, but it deserves more attention. Our research found that non-frozen surfaces are poor emitters compared to frozen surfaces. And this discrepancy has a much bigger impact on the polar climate than today’s models indicate,” says Daniel Feldman, lead author of the study & a scientist in Berkeley Lab’s Earth Sciences Division.  “Based on our findings, we recommend that more efforts be made to measure far-infrared surface emissivity. These measurements will help climate models better simulate the effects of this phenomenon on the Earth’s climate.”  He went on to say, “The Earth continues to emit energy in the far infrared during the polar winter. And because ocean surfaces trap this energy, the system is warmer throughout the year as opposed to only when the sun is out.”