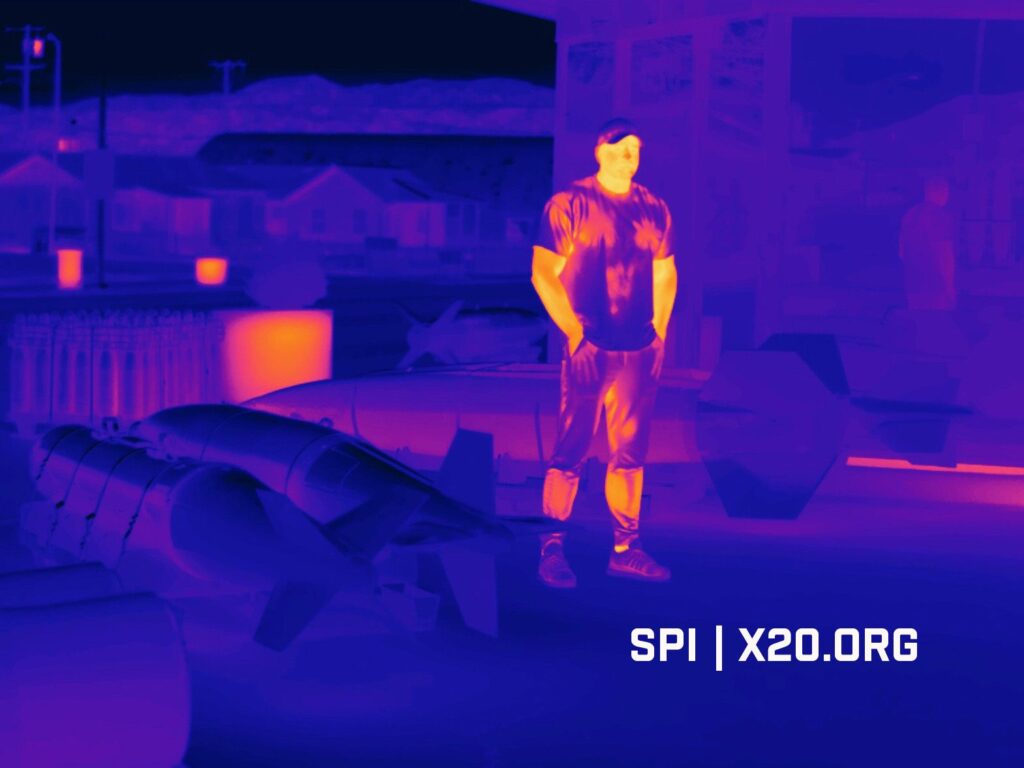 4. Why is SPI’s IRXP6000 thermal camera suitable for Fever Screening?
COX thermal imaging cameras for fever screening are all in the range of +/-0.5 degrees when a
person stands 1m, 5m, and 10m away from the camera and measures the temperature of the face
temperature. To do so, a specially developed algorithm was adopted for fever screening, and the
camera was specially calibrated during camera manufacturing process.

5. How do I set the alarm reference temperature?
Fever screening thermal camera gives an alarm signal when it detects a person suspected of having
fever. When the alarm is triggered, the wave file selected in advance plays, the outer edge of the
ROI glitters, the maximum temperature indication on top of the ROI glitter, and the LED strobe
on the camera glitters. As soon as the alarm outputs, the operator look at the monitor and can
recognize who caused alarm, who has the most red on his face(Person with maximum temperature
marked next to face), and call the person to measure the temperature with a portable thermometer
to determine if he has Fever or not.
The important point is how much the alarm reference temperature should be set. If this temperature
is set too low, too many people are screened out and we have to measure the temperature in the
ear with a portable thermometer, which makes it less efficient.
With five normal body temperature people facing the camera at a distance of 3 meters, measure
the temperature with the camera, and set the alarm temperature at 0.5 degrees higher than the
second highest temperature, except for the highest person among the five people. If too many
people are screened in operation, raise the alarm setting temperature by 0.1 degrees to find the
optimal point.

7. ROI(Region of Interest) and false alarm
After installing the camera, the user should set the most suitable ROI(short for Region of Interest).
Cameras check temperature of each pixel in the ROI and express those pixels exceeded set
temperature in set color(default color is red), and outputs alarm signal.
If an object on the ceiling or on the wall with a constant temperature higher than set temperature
is located inside ROI, it will cause false alarm, and we have to excluded such object.
Since installer set standard ROI in the polygon type ROI before hand over to user, the end user
must re-adjust ROI to exclude any objects whose temperature are higher than the human face
temperature before start fever screening work, not to have false alarm.

9. When alarm is generated, how can we know which person in the image is suspected person
of having a fever?
When One Channel Analyzer outputs alarm, a wave file (Siren) is played and LED strobe is glittering.
Operator is requested to see monitor to recognize who caused alarm.
The maximum temperature is displayed on the face marked with a lot of red, and operator must
call the person in to accurately measure the temperature of the body with a portable thermometer
to determine if the person has fever or not.