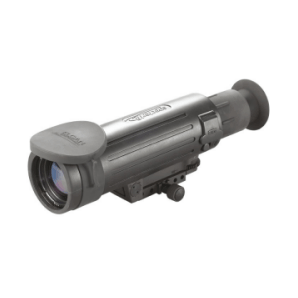 The SpecterIR rifle scope Pre Owned system is a great value in a thermal scope that is lightly used.
CALL TODAY for pricing! (702) 369-3966.

The Specter IR Low Cost Thermal Scope is the original low cost thermal weapon sight that was designed so that military and law enforcement officers could benefit from thermal scope technology. These thermal scopes have been used by Military and Law Enforcement agencies nationwide and have a proven track record of getting the job done. The SPECTER thermal rifle scope is also the number one selected scope by hog hunters and varmint control professionals. The combination of ease of use and low purchase cost make the SPECTER IR ideal for any number of applications.

WE HAVE A LIMITED NUMBER OF REFURBISHED SPECTER IR THERMAL SCOPES IN STOCK NOW AT DISCOUNT PRICING!!

The specter IR scopes in stock are fully refurbished and come in complete kits. The scopes feature easy operation with integrated lens cap, rugged shock resistant waterproof military grade housing, polarity control for black hot / white hot thermal imaging, video output, lens care, case, batteries and manual. The XDVR is an all weather handheld micro DVR that connects to the SPECTER IR scope so that you can record live thermal video of you mission or hunt. The video is stored on a SD memory card for easy download to the computer. We have special package deals on the SPECTER IR and XDVR combination. Call today for details.