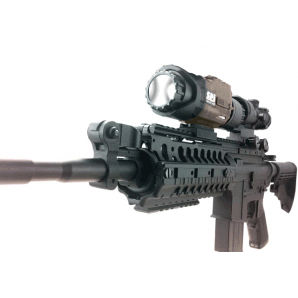 Welcome to the world of high tech thermal imaging rifle sighting. The X28 clip on thermal weapon sight is a new product innovation that allows you to turn your day scope optics into a powerful thermal night scope. The best part about this awesome technology is that there is no need to re-zero your weapon.
CALL TODAY for pricing! (702) 369-3966.

The X28 Clip On Thermal Rifle Scopes are ideal as a clip on or as a stand alone thermal rifle scope. 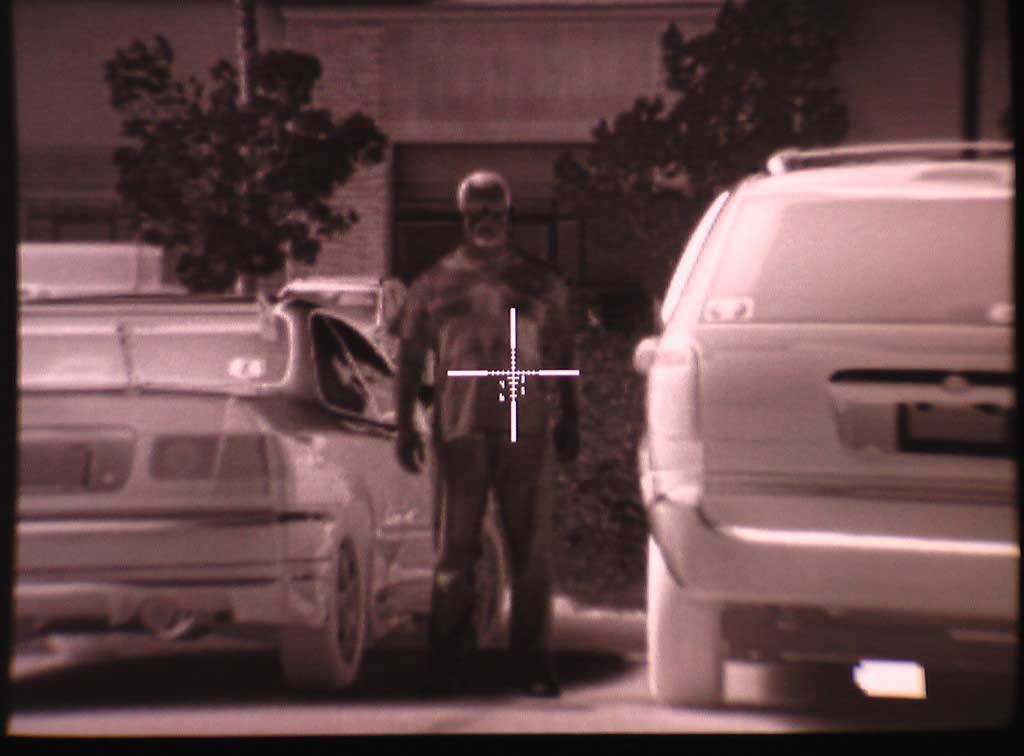 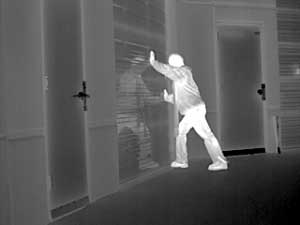 White hot thermal image of a man breaking into a warehouse 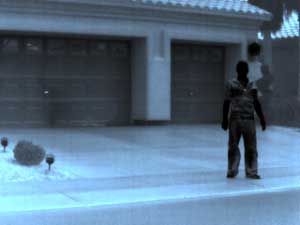 You can instantly go from day scope to night scope at any time. This high performance high sensitivity thermal rifle scope can be used as a standalone thermal sight, as a clip on thermal FLIR sight, and as a hand held thermal sight viewer. The X28 has user selectable crosshair reticles that are inverting to compensate for the image scene and provide enhanced targeting acquisition. The X28 unit offers a rugged all weather design that is made 100% in the USA with US military technology detectors and optics. Remote pressure switch which is included in the package allows for remote thermal rifle sight operation. The X28 Clip On thermal rifle scope/FLIR sight can be used for commercial, law enforcement and military application with proven results. 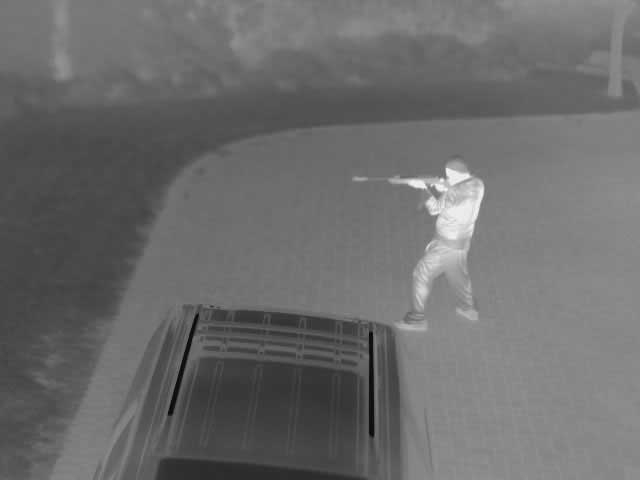 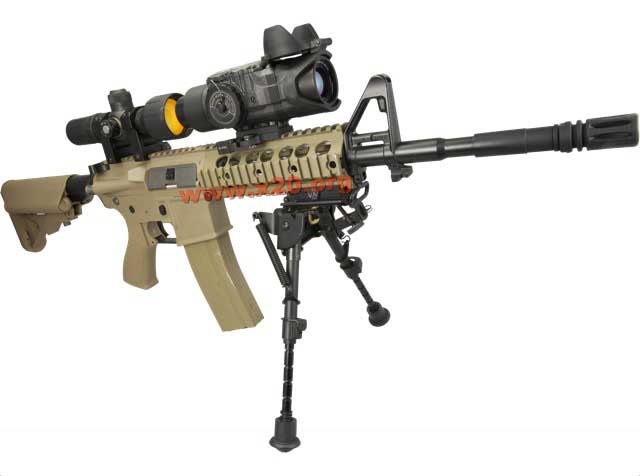 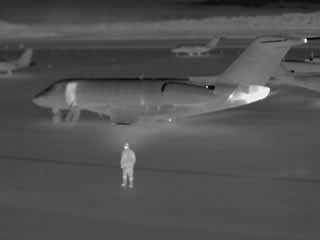 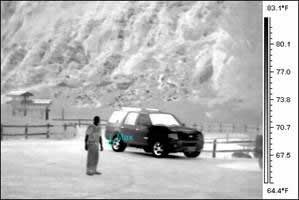 Future thermal scope technologies you have only dreamed of are here today and for a lot less than you think. Owning the night is paramount for today’s “good guys” against the back drop of evil doers in the world. In the past night time engagements relied on old school starlight image intensified night vision scopes. Intensified tube night vision rifle scopes evolved from the 1970’s and rely on ambient light to operate. Night vision scopes have severe limitations. Light amplifying scopes by nature are very sensitive to lights. Common light sources like headlights, streetlights and general background lighting wreak havoc with intensifier tubes causing blooming and image distortion. This is annoying with a viewer but a disaster when contemplating shooting at night. In addition, the typical night vision scope is a one trick pony that only works in the dark of night (but not too dark). You cannot use them in daytime at all. If you are directing fire you need a sighting solution that works whenever it is called upon. Thermal FLIR rifle scopes are the next generation in night thermal sight shooting technology. The X28 clip on thermal weapon FLIR sight is an example of a technology that addresses the limitations of starlight night vision and the limitation of weapon zero. As a clip on thermal weapon sight the X28 goes in front of your day optic and turns it into a thermal rifle scope with out the need to re zero the weapon. This is true 24/7 on demand thermal FLIR weapon sighting technology. 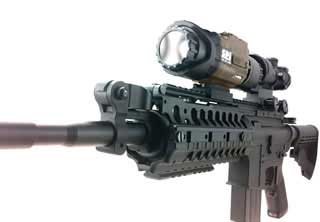 An X28 clip on thermal scope 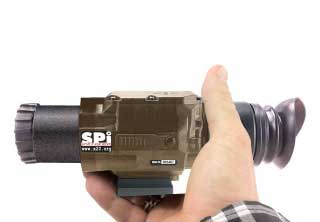 An image of a handheld X28 thermal scope 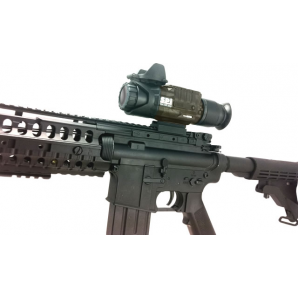 The X28 THERMAL RIFLE SIGHT comes with all the items pictured here, which include: 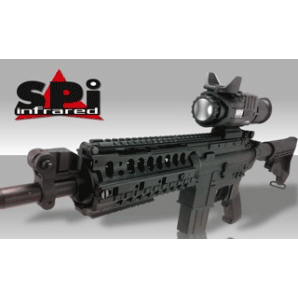 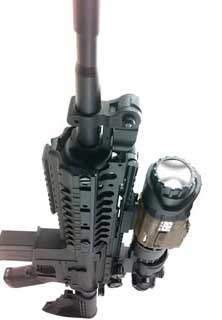