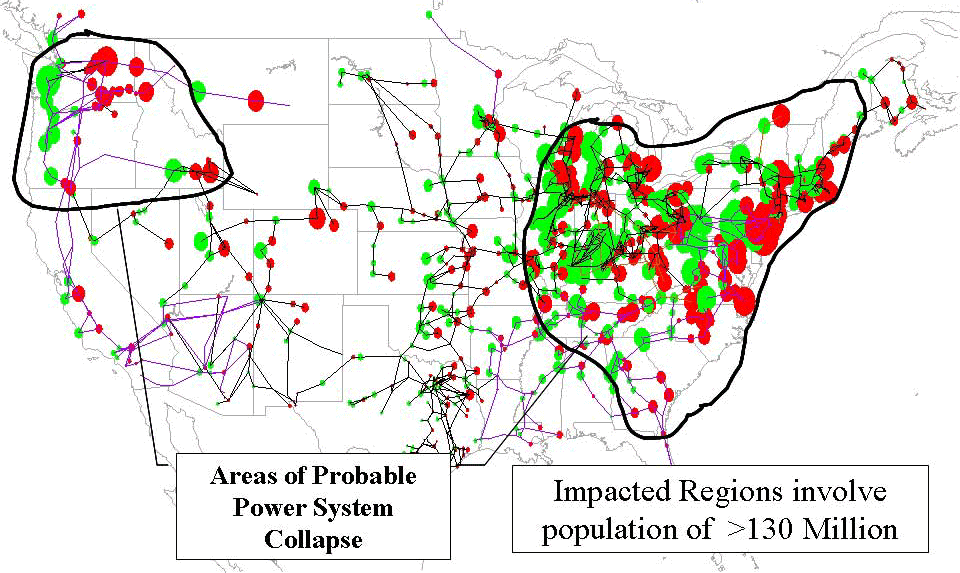 On April 13, 2013 unknown gunmen took down the Metcalf electric substation in San Jose, CA  by firing high powered rifle rounds into 17 high voltage transformers, rendering the facility powerless for nearly a month. For such a small ambush of only about 100 rounds of ammo, it could have crippled the majority of Silicon Valley which worries many.  The FBI declined to call the attack an act of terrorism but many officials and law enforcement officers disagree, stating this may have just been a practice run foreshadowing something bigger. According to Congresswoman Zoe Lofgren, “This was a pro job and I hope the FBI is successful at catching them.” The Congresswoman, along with a Congressional delegation, has also contacted the Department of Homeland Security this past February following up for results of their investigation into the matter, citing, “the potential for a catastrophic attack impacting both our electric grid and communications infrastructure is evident.” 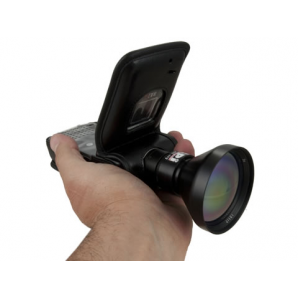 A thermal imaging security camera seen here is small enough to use on covert missions, such as the Special Operations Veteran sneaking up to the PG&E facility close enough to spot vulnerable transformers only a few hundred feet from security guards.

As a result, PG&E vowed to beef up security at the substation with a $100 million investment in personnel & equipment over the next three years by taking care of underbrush, hiring security guards & enhancing lighting as well as upgrading camera surveillance. However a year and a half has passed with apparently no visible security improvements at many substations.

According to NBC Bay Area, their Investigative Unit found huge holes in their supposed security system.  After 14 unannounced visits to PG&E’s 9 largest substations, they found open gates and unmanned facilities. Vines growing through fences.  Even last month someone broke into a facility and stole equipment, which happened hours before anyone reported it to police.  When they did find a security guard, he divulged they have 24 hour security but with guards doing 12 hour shifts.

The most troubling assessment came when a former Army Special Operations Veteran accompanying the Investigative Unit was able to creep close enough at night with a thermal imaging security camera to locate transformers in the dark, undetected by security which was located only a few hundred feet away. And according to the Veteran who is well-trained in assessing security risks, “Metcalf could be repeated at all the sites you showed me in less than 15 minutes.”

The US Energy Grid May Be Defenseless

Disturbing congressional reports have been circling government officials for the past 30 years, but the latest one from June states that former DHS Secretary Michael Chertoff has predicted that “the sophistication and resulting damage of the Metcalf attack will … be exceeded.” The report also alludes to more serious implications, stating, “There is widespread agreement among state and federal government officials, utilities, and manufacturers that HV transformers in the United States are vulnerable to terrorist attack, and that such an attack potentially could have catastrophic consequences.”

However, since the Metcalf incident, FERC, the FBI & DHS have been working to establish higher physical security standards.

In an excerpt from the report they state:  “In 2013, FERC staff along with staff from the Federal Bureau of Investigation (FBI), DOE, DHS, and NERC participated in a number of meetings with utilities and law enforcement agencies to discuss immediate findings and recommendations stemming from the Metcalf substation attack. As part of these meetings, FERC staff shared with utilities a list of best practices for physical security. Although the list has not been made public, it reportedly included prescriptive security measures (e.g., outward-facing video surveillance) focused on security threats similar to that experienced at the Metcalf substation 85 in 2014.”

Many points in the report address issues such as identifying critical transformers, confidentiality of transformer information, assessing valid threats & recovery from threats, but it’s abundantly clear after reading the document that the national power grid is extremely vulnerable and this needs to be addressed properly in an expedient manner. Could our power grid be the next terrorist attack?  One can never be sure.  But what is completely obvious after the Metcalf incident and the information gathered by NBC Bay Area’s Investigative Unit, is that we should be ready… and now.