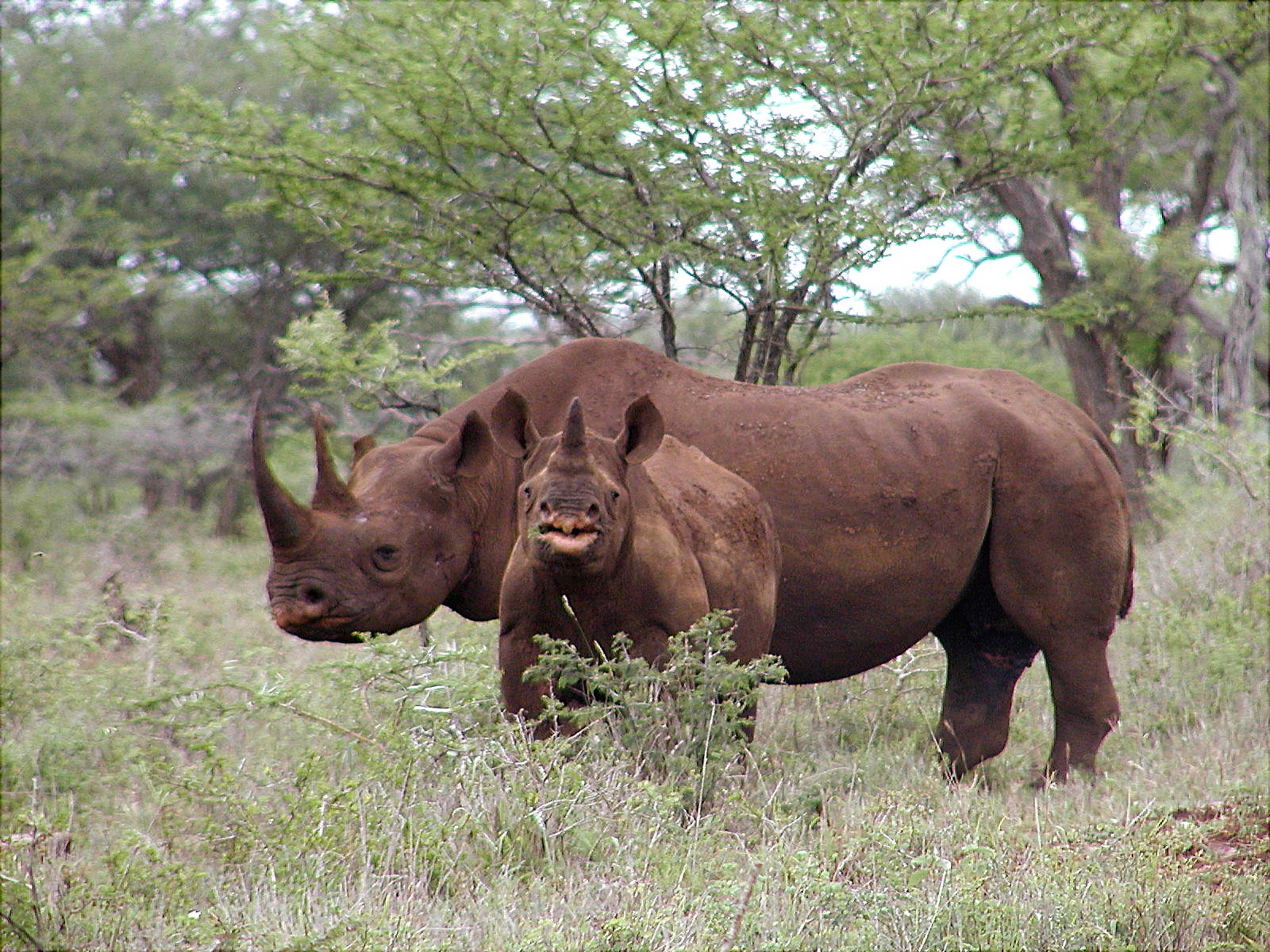 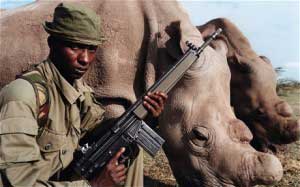 Two northern white rhinos under 24-hour armed protection at the Ol Pejeta Conservancy in Kenya. There are now only 6 left alive in the world. Photo: David Chancellor/Institute, taken from the Telegraph.co.uk

Since infrared UAV cameras started being used a year or so back to help stop poaching in Africa, technology is playing an increasingly vital role in the effort, especially in the famous Kruger National Park.  One of the main problems the park has is that the vast reserve takes up a whopping 20,000 square km (an area about the size of Israel) and they only have a few hundred rangers to manage and protect its endangered species.  With illegal rhino horn trade booming in the past few years, the situation is reaching critical mass. According to Save the Rhino, South Africa is home to 83% of Africa’s rhinos, and 73% of the entire world’s rhino population.  And with an average of two rhinos being killed a day in 2012, the figures have frighteningly nearly doubled this year, an average of one rhino being killed every eight hours or so.  If the trend continues, rhino deaths will begin to outnumber rhino births, leading to extinction for the species.  Unfortunately, such is the case of the northern white rhino, which has a reported population left in the world of only six as of October this year; yet another species to become extinct due to illegal trade.

Enter Thomas Snitch, aPh.D., intelligence consultant and remote sensing expert from Maryland, and XO of the United Nations’ Wildlife Enforcement Monitoring Systems.  Back on May 25, 2013, he and his surveillance team traveled to Kruger to begin using infrared UAV cameras in effort to catch poachers before they strike.  They waited until sundown before launching the Terrapin 1, a UAV designed especially for the mission of detecting animals in the dark, and most importantly, people.  The drone was capable of only flying three hours on its battery and since the park is so huge, trying to locate animals can be a great task.  But that’s what Snitch planned for.  He and his team developed specialized computer programs to use in conjunction with the infrared UAV cameras to mathematically predict where animal would be located in the gigantic reserve, and then immediately dispatch the drone to the area.

“I didn’t have to find a poacher, I had to find a rhino,” he said.  The key to their strategy being:  use the infrared UAV cameras on drones efficiently to find out where the poachers are most likely to show up.  And his team’s plan paid off. That night they spotted a group of rhinos with a suspicious vehicle lurking nearby.  They alerted the rangers and the rhinos were safe for the night, nor the rest of the week the team remained in Kruger conducting their surveillance.

After a week of successful operations in Kruger, he and his team were headed to Kenya to monitor elephants (another animal poached for its parts), then after that, to Asia to protect endangered tigers. According to Snitch, “With good science and really great math, you can do things that people say are impossible.”

Dr. Snitch made this presentation on April 11, 2013 at the University of Maryland, highlighting the experiment using infrared UAV cameras, drones, and satellite & mathematical programming to identify and apprehend suspected poachers in Kruger National Park.

More videos from Dr. Snitch related to his trip to Kruger:

SPI Corp proudly offers the M1-D PTZ UAV camera line for drones that would be an excellent tool for conservation & use against poaching operations.  The full pan-tilt-zoom all-weather infrared UAV cameras come equipped with CCTV day cameras and an integrated laser pointer, for precise, high definition daytime digital and night time thermal imaging. The rugged housing and gimbal design, in addition to its small size and light weight, (2.5 lbs) makes it perfect for any surveillance mission.