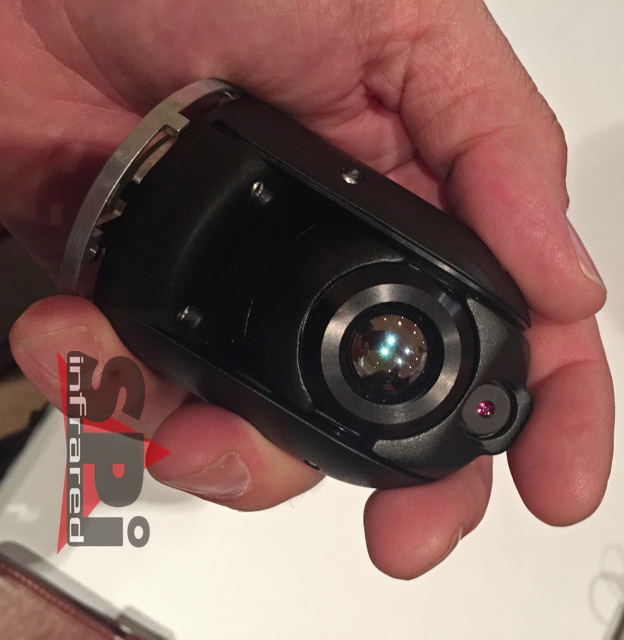 A micro gimbal for UAV and vehicle use that only weighs 160 grams is an amazing thing all by itself. But a micro gimbal that weighs 160 grams, has both a FLIR thermal camera and a visual camera with optical zoom and is gyro stabilized now that is something that you would call impossible.  But its not.  It is real.  The unbelievable new M2-D micro stabilized gimbal features a 640×480 high resolution thermal camera with all the features (gain, level, polarity, color, digital zoom, etc).  Co located is a very nice visual camera with OPTICAL zoom. Thats right this is not a kludge digital zoom but a true optical zoom down to 4.5 degrees FOV.  Then of course there is a digital zoom kicker on top of that.  Normally a 4 degree FOV in a UAV or ground vehicle will produce a very shaky unusable image.  Thats why everyone fly’s with the consumer grade GoPro with its super wide angle lens.  When using wide angle optics it is very easy to get smooth relatively shake free images but it is also very hard to get usable imagery and detail from any altitude.  Try reading license plates with a GO PRO (maybe if your flying at 10′ AGL).  The M2-D has advanced gyro stabilization just like the $1,000,000 FLIR balls that they fly on helicopters and military aircraft.  This degree of stabilization is way beyond the consumer Chinese stuff you see on the web.  With the Micro M2-D Gyro Stabilized EO/IR gimbal you can zoom in and read license plates from hundreds of feet AGL.  This becomes a very useful tool for a wide range of applications. 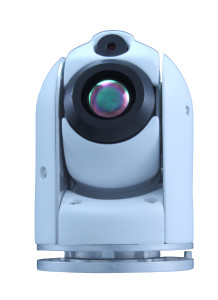 The M2-D is built to the most exacting standards to withstand the harsh environment of UAV and Ground vehicle operation.  There are also a host of accessories to make integration into any flying platform a breeze.  There is a series of mounting options starting with a basic hard mount shock absorbing plate all the way up to a full blown retractable affair that can lift the payload completely up and into the body of the UAV when needed.

Control is also simple.  There is a PC interface for bench use or integration into a larger software driven system.  But, the most popular feature is the handy protocol converters.  These tiny boxes can interface with any common Radio Control format.  There is a PWM interface and a hot SBUS interface.  Both easily integrate with auto pilot or manual controllers.  They are both fully map-able via USB interface and included software.

Finally (as if this wasn’t enough), there is a geo reference tracking module that allows the unit to be directed to specific geo target locations and also return specific coordinates of any spot on the ground being viewed.  This is real top end hardware and amazingly available in the ultra compact Micro Stabilized M2-D gimbal platform.

Its clear that the UAV imaging payload world has been stood on its head by SPI CORP. The M2-D is higher performance than any other system on the market.  But that’s just the beginning of the story.  The M2-D is about 1/4 the size of anything else on the market with these features and to seal the deal it is also a fraction of the price of anything ever made.

Size: 160g palm of the hand
Payload: FLIR THERMAL AND VISUAL WITH OPTICAL ZOOM
Stabilization: GYRO STABILIZED
Price: Fraction of any other system.