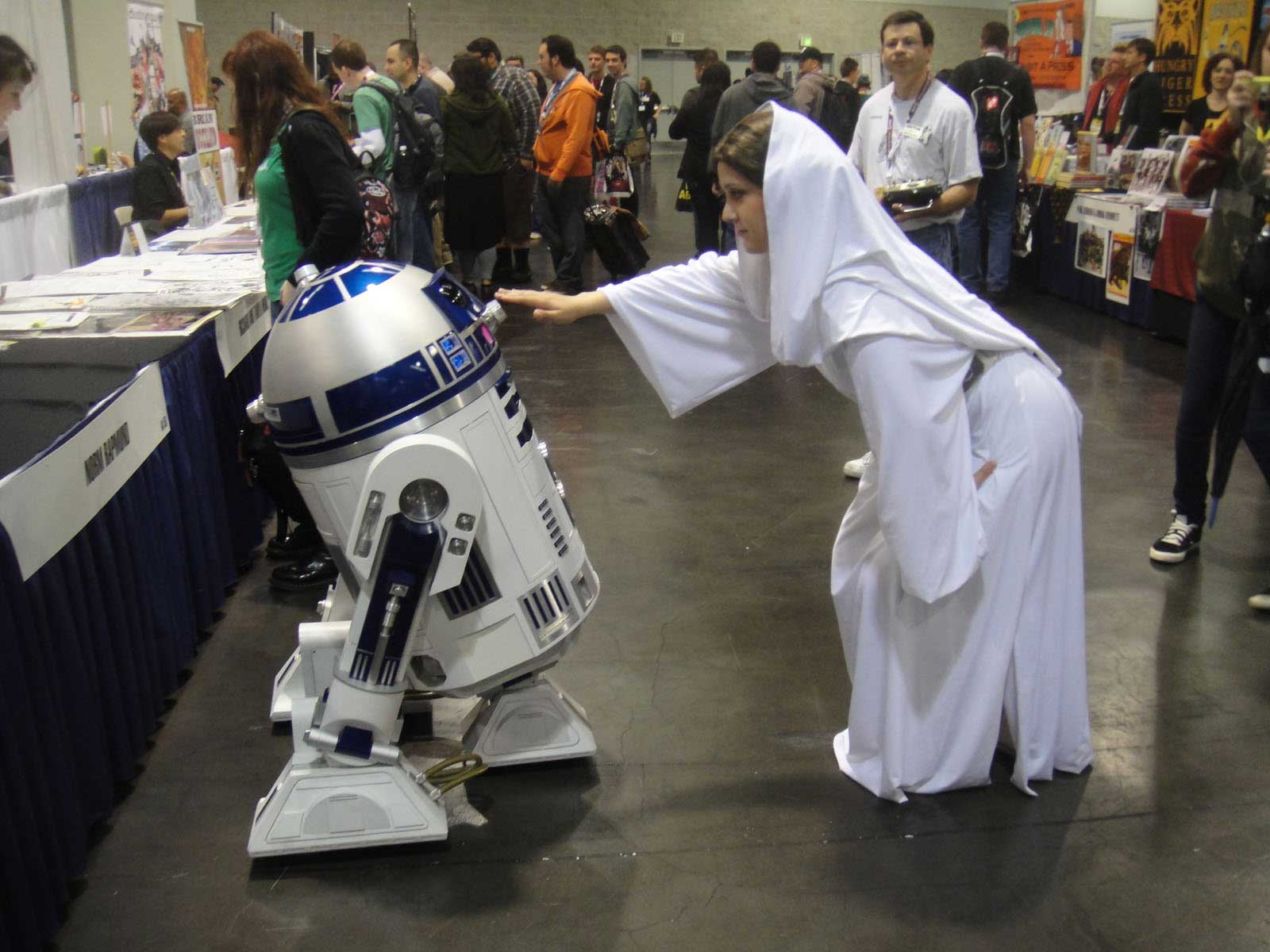 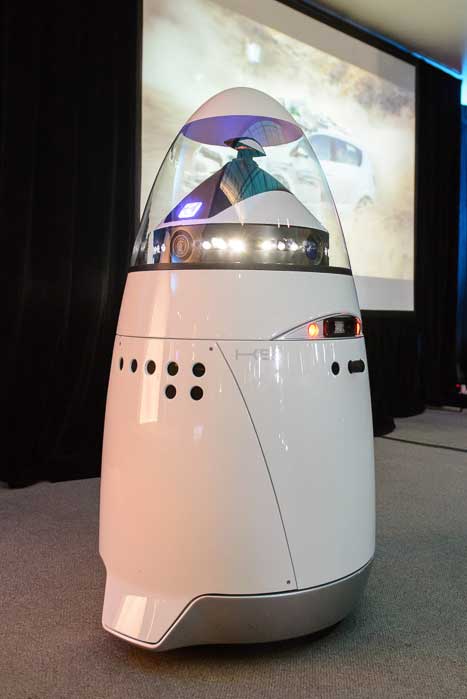 The K5 robot from Knightscope

Last month, Microsoft showcased K5 security units at its Silicon Valley campus at its “Rise of the Robots” event on November 5.  The 5 feet tall “autonomous data machines” (that look like giant eggs on wheels) are the work of the ambitious start-up company, Knightscope, and were developed to meet the need that has risen for more security measures in public venues, given the tragedies at Sandy Hook and the Boston Marathon.  The robots feature 360° surveillance with video cameras, thermal imaging security cameras, microphones, infrared radar sensors and even character detection for scanning license plates in a parking lot.  The units are also equipped with facial recognition and built in alarm systems. And according to their website, their long term goal, “is to show that with a combination of hardware, software and collaborative social engagement, we will cut crime by 50%.”

The K5s are not intended to replace law enforcement or other human security presences, and are not equipped with firearms or any other weapons. However, they are meant to identify and assess possible threats with built in “predictive analytics,” which allow them to measure recorded data from their current situation against an existing database, and then make informed security decisions based on their own artificial intelligence. The units come with silent and loud alarms, and even have a built in “panic button” on the top of the robot that will summon help or report emergencies to the remote security center monitoring its activity.

Though the units show promise, they have their issues. For one, they are 300lb robots and if toppled over they cannot pick themselves back up. In the end, however, their implementation will need to be extensively tested, which may be far easier than earning public acceptance.  Despite their non-threatening, pleasant appearance, many people still fear technology is creeping in to steal human jobs.  Take Blockbuster, for example, which filed for bankruptcy in 2010, and inevitably closed its company owned doors for good in 2013 due to the trend of direct downloads & online rental services.  But the fear doesn’t stop there.  From Amazon beefing up its workforce with robots (albeit to assist human workers) to keep up with demands, to the self-checkout at the supermarket, many fear automation will eventually eliminate low-level jobs and contribute to the decline of civilization.

Even Edward Snowden crept out from the cracks in a recent interview with The Nation, stating that, “As a technologist, I see the trends, and I see that automation inevitably is going to mean fewer and fewer jobs. And if we do not find a way to provide a basic income for people who have no work, or no meaningful work, we’re going to have social unrest that could get people killed.”

Regardless of the vessel, automation, artificial intelligence & surveillance will continue to be an issue in politics where personal rights and well-being are concerned.

Thermal imaging security cameras are one of the most cost-effective and modern ways of managing crowds, maintaining security perimeters and identifying threats that can be concealed from your plane of view or even the naked eye. Will artificial intelligence eventually take the place of trained operators in the security force?  That remains to be seen.  However, SPI Corp has some of the best, most affordable thermal imaging security cameras for sale that can be programmed for automated scans in 360° views.  Our long range pan tilt zoom thermal imaging systems are easy to use for quick analysis of any situation — all from a safe distance away.

Check out our catalog for thermal imaging security cameras or call us today for more information!