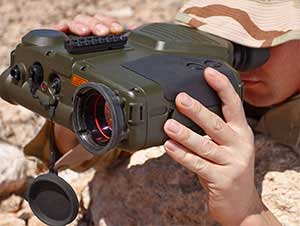 A military report from last March was recently released from NCIS documenting missing  “advanced hardware” that went unaccounted for since 2009.  This military thermal imaging equipment was issued to units by a $750 million dollar program called RCOS/KEYHOLE and was funded by JIEDDO of the DOD, in effort to better protect troops against IED devices in combat.  This hardware consisted of  “user-specific deployment kits tailored to the specific combat mission of DOD units deploying to locations around the world.”  The report states more than 32,000 systems were issued, and they are having difficulty calculating how many systems actually went missing due to many of the kits are still being used by operators in the field. 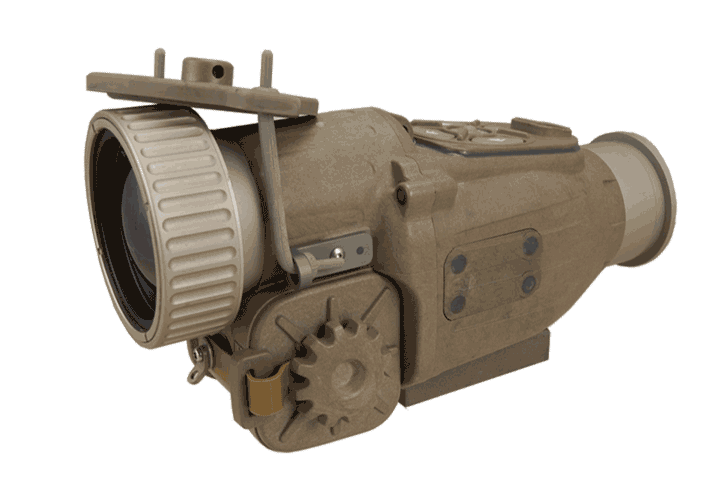 This is a huge security issue for the DOD, as these items are solely for deployment kits not civilian use, and are strictly controlled by ITAR and the Commerce Department.  Violation of these regulations can carry stiff penalties, as well as having the equipment fall into the hands of terrorist organizations.  NCIS noted that the recovery of these missing military thermal imaging systems would reduce the risk of these technologies being exploited with nefarious intentions against our service members.

The report also states that these missing military thermal imaging systems (which include handheld infrared cameras & thermal rifle scopes) were said to have been found for sale & discussed on the internet on sites such as: criagslist.com, armslist.com, gunbroker.com, ebay.com, and several more popular websites.  They were supposedly being sold as “sporting goods, hunting equipment, bird-watching equipment & camping supplies.”

The report also cites the fiasco was due to “poor accountability controls” by the units who had the military thermal imaging gear issued to them.

Consequently, the Pentagon released a statement last month announcing government cutbacks that would significantly reduce JIEDDO personnel, and effectively disband them by renaming & re-purposing the organization.   The move?  According to Pentagon spokesman Col. Steve Warren, the move is aimed at “improving oversight and accountability.”  Whether the program had any measure of success with military thermal imaging implemented in the field is unclear.   According to the Pentagon, JIEDDO was created in 2004 with the sole purpose of IED defense & detection.  Even though $19 billion was spent on the program, IEDs remained the main cause of US & coalition casualties in the OEF/OIF campaigns until troops were withdrawn.

Poor accountability controls on a smaller scale were experienced by the 25th ID this Valentine’s Day holiday, 2015, in the form of an unwanted 4 day “weekend” on post.  While most island folks were out looking for love, over 450 soldiers were looking for a missing $20,000 sensitive item in the form of night vision equipment.  The 3-4 CAV Raiders  got slapped with “100 percent recall” on Feb. 11, forcing many married soldiers that live off base to sleep on the floor in maintenance bays until the equipment was recovered.  To top it off, it was Valentine’s Day weekend after all, which sent many spouses into a spin.   Though the soldiers were on lock down,  “soldiers were released for a few hours for church Sunday and to participate in the Great Aloha Run on Monday,” according to family members.  Out of 150 married soldiers, only about a dozen or so were allowed home for other unspecified reasons. 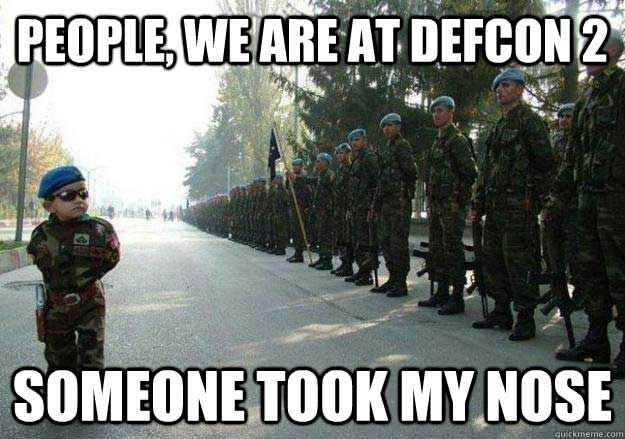 3-4 CAV gets no love on Valentine’s Day.

According to 25th Infantry Division spokesman Lt. Col. Will Griffin in his 25 years in the Army,  “I’m not going to say I’ve been through a lot of these, but they are not rare. They happen once in a while.” He added,  “I understand that family members are upset, and certainly that’s why I think the squadron commander and the folks really tried to get the information out there as much as possible, because unfortunately, this was a long weekend (and) unfortunately, Valentine’s Day was this weekend. We had a confluence of unfortunates in that category. And certainly, any time when soldiers have unplanned absences away from family, it puts a strain on them.”

While the Lt.  Colonel was slightly sympathetic, an unnamed “old school sergeant major” told the soldiers in the unit to tell their families “to stop complaining, and compared this to a deployment.”  Alas, the Army Times reports the item was never found, but the investigation is ongoing and the soldiers eventually got released after 4 days of suffering in F Quad.

There was no mention of any solid suspects at this time,  but the dreaded “Carl” was fingered out as the almighty Blue Falcon a few times by anonymous sources.  “Carl”  was not available for comment, but perhaps he’s involved in the missing military thermal imaging equipment JIEDDO took the hit for as well?

We may never know.