Click here or on the thermal flir scope image below to see our large selection of new Advanced tactical thermal imaging rifle sights and thermal clip on scope x26.com website 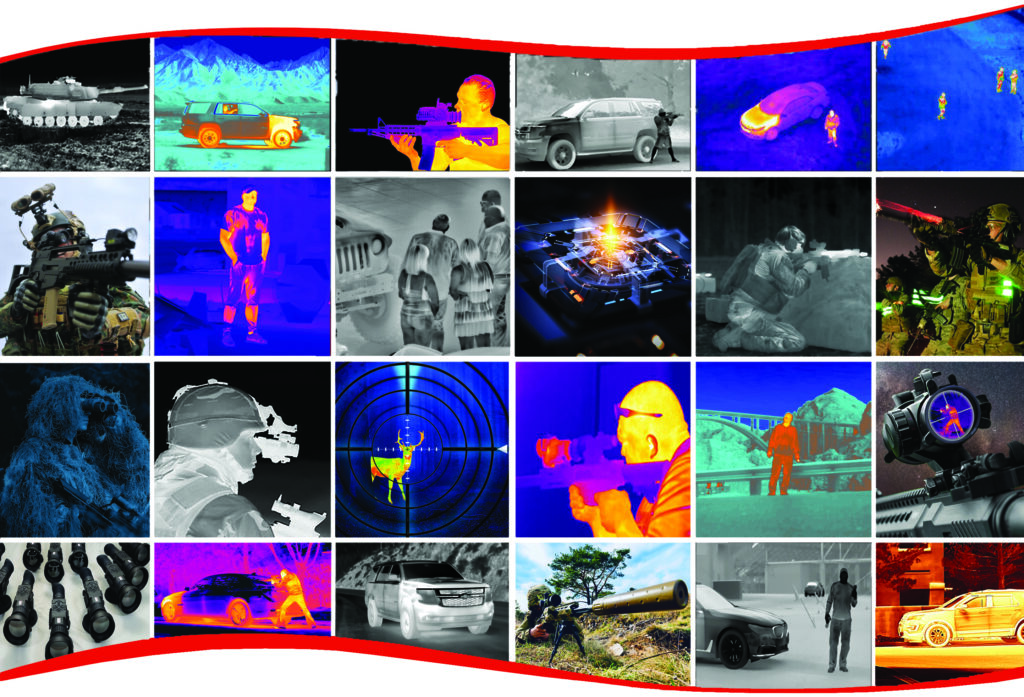 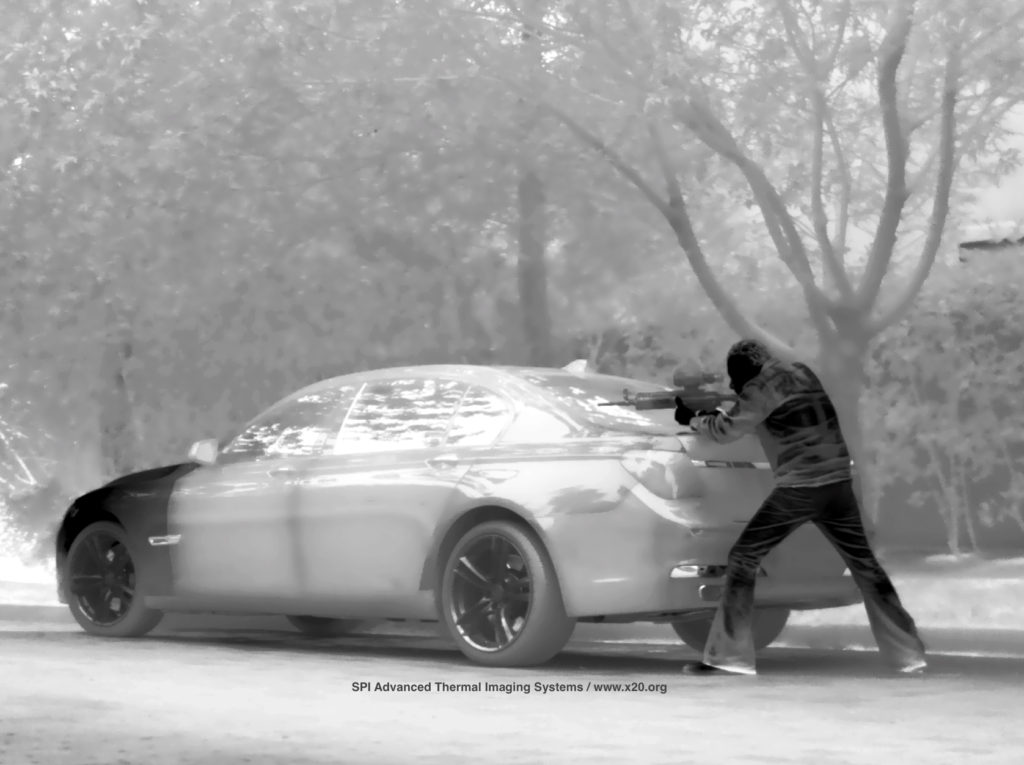 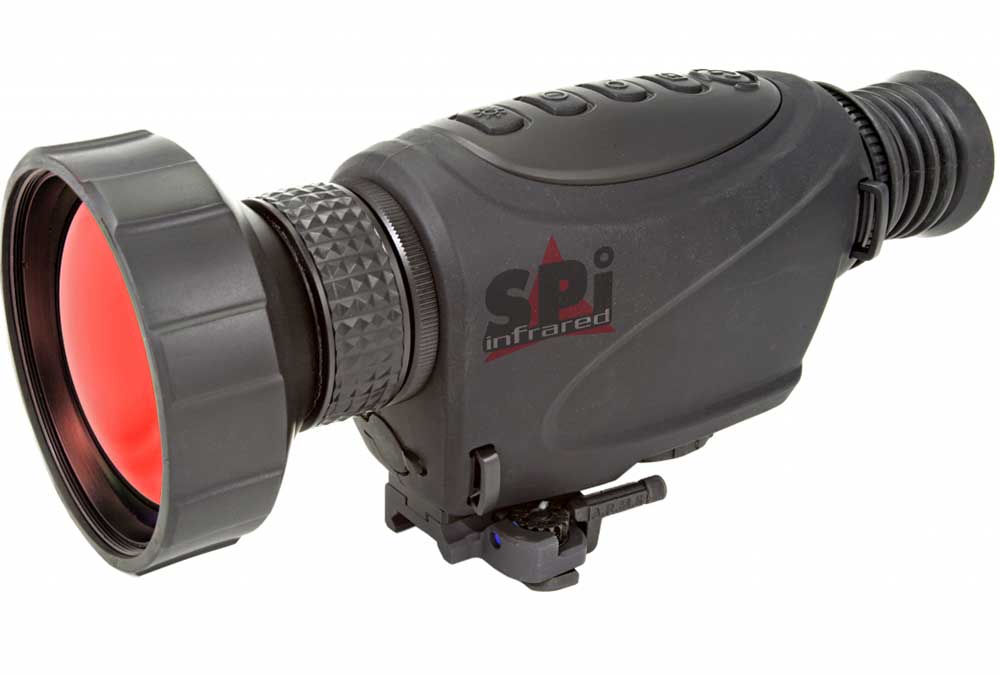 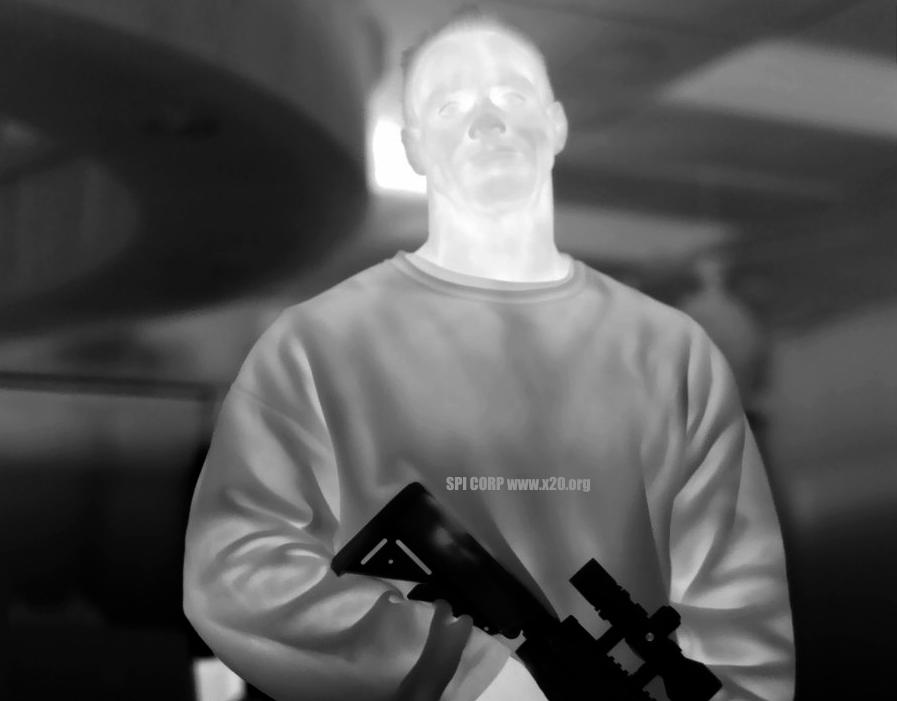 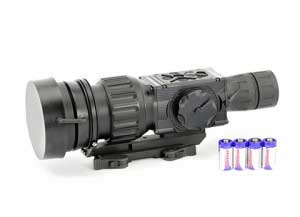 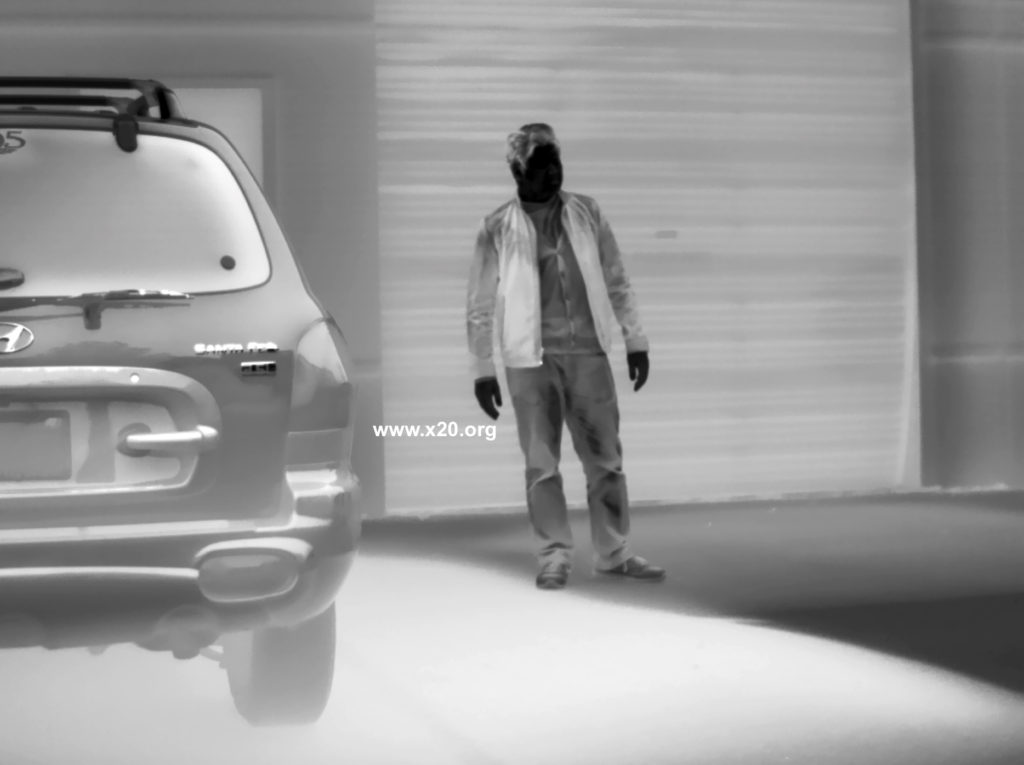 CAPTURE THERMAL VIDEO!
Easily record thermal video and JPEG images on standard SD Memory Cards with the PAS-15. Originally developed as an evidentiary tool for Law Enforcement and Military operators, this advanced technology is now standard on the FLIR thermal scope PAS-15. On your next hunt all you have to do is push a single button and you can share all the excitement back home without ever missing a shot. With the PAS-15, MEMORIES ARE MADE WITH THE TOUCH OF A BUTTON.

This long range thermal flir rifle scope is more affordable than you thought it would be. These thermal sight has 60 hz (hertz) fast refresh rate for clear crisp tv rate fast imaging. We are faced with a world of modern warfare where bad guys fill the air with uncertainty. Today it is more critical than ever before that the good guys “own the night”. 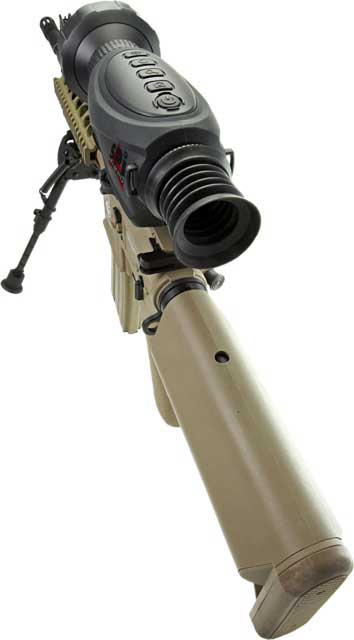 Traditionally, night operators used “starlight” scopes which are image intensified night vision technology in a rifle scope. These night scopes have been around since the 1970’s and have served our military forces in many engagements around the world. However, night vision weapon sights have always been hampered by their severe limitations. All image intensified Night Vision (Generation 1, Gen 2, Gen 3, Autogated, Thin film, Filmless, Pinnacle, etc.) require some ambient light to operate. This technology amplifies the available light to give the user an image in the dark. The problem is that if you encounter bright lights from a headlamp, streetlight or other distant source then the night vision blooms out and doesn’t work. Night Vision scopes also will not work if it is too dark because they require some light. This technology is annoying under the best of circumstances and is just unacceptable when considering firing of a weapon. Thermal rifle scopes were bulky, slow and very expensive. As such, only the military was able to benefit from this amazing advancement in night vision technology. You see thermal scopes do not require any light to operate. They work the same in bright sunlight as they do in complete darkness. The thermal rifle scope does not see light, it sees thermal infrared energy that is constantly being emitted from all objects in the universe. This means you can see everything from the rocks and trees to the bad guys and enemies. Nothing can hide from thermal imaging making it the ideal solution for night time directed fire operations. The T-15 is a new scope designed to allow all users to benefit from thermal weapon sight technology regardless of budget. Long Range Thermal Scope technology is now available to you.
This is the FLIR Long Range Thermal Rifle Scope you have been waiting for! Finally, a serious tool for your most demanding applications. Special introductory pricing will NOT last. This is the first affordable long range thermal scope and the PAS-15 will be this years BEST SELLER. 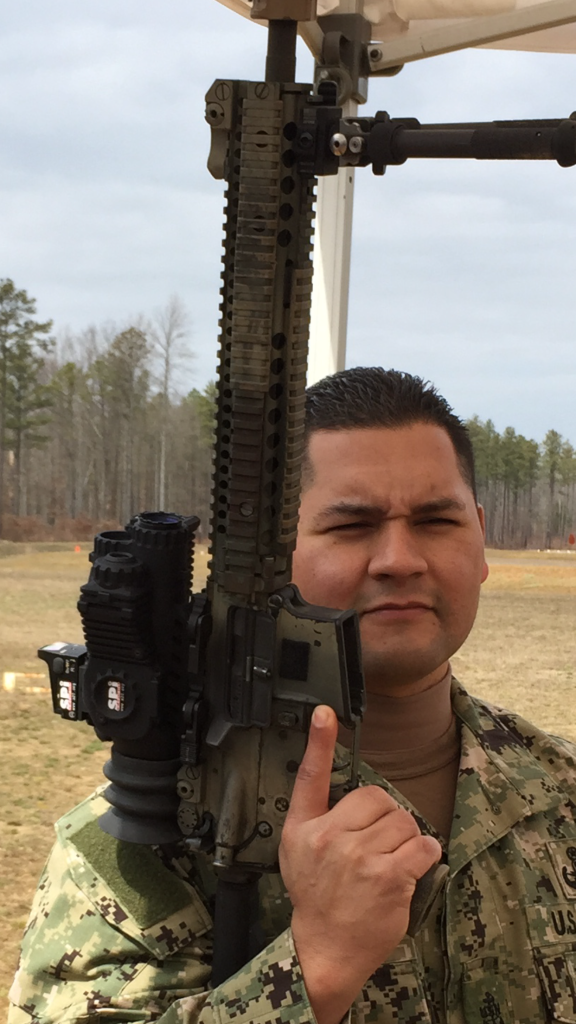 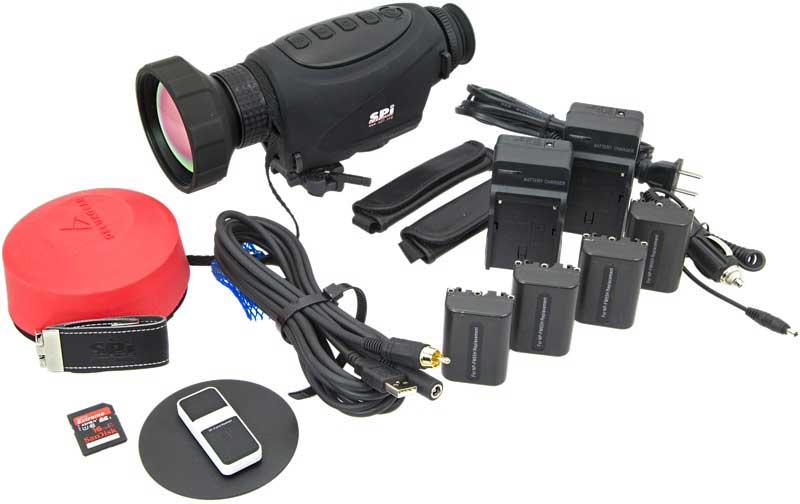 CAPTURE THERMAL VIDEO Thermal video and JPEG images are yours with the PAS-15. The PAS-15 flir thermal sight was originally developed for law enforcement and military missions, but now the amazing technology can be yours! All you have to do is press a button, and you’ll be able to watch your hunt over and over again! 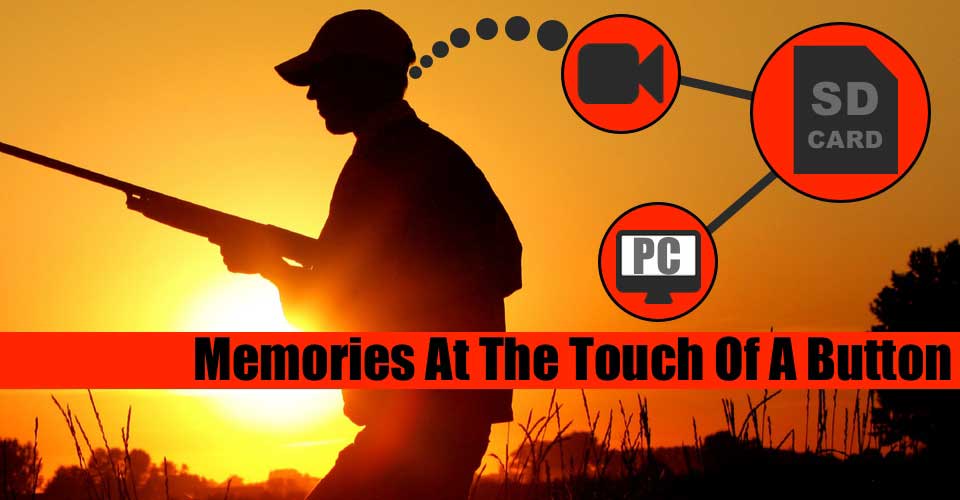 More pixels = amazing sight at further distances. Most other scopes only have a 76,000 pixel sensor giving you a 320X240 resolution. The PAS-15 flir thermal rifle sight has an incredible 110,592 pixel thermal sensor that improves pixel density by a huge 30%! It truly makes you get the most for your money with this thermal scope! Now available in 640×512

Maximize your mission performance with both AUTO and MANUAL gain level controls! Yes, auto gain level is fine when you are inside a lab, but in many common outdoor situations (too much sky in an open field, heat rising from the pavement, or hot nights hunting feral hogs, auto control is useless. That is where manual control comes in. You have complete control of your scope, your scope does not control you. You’ll see things in an entirely new way through the PAS-15 thermal rifle flir sighting scope! 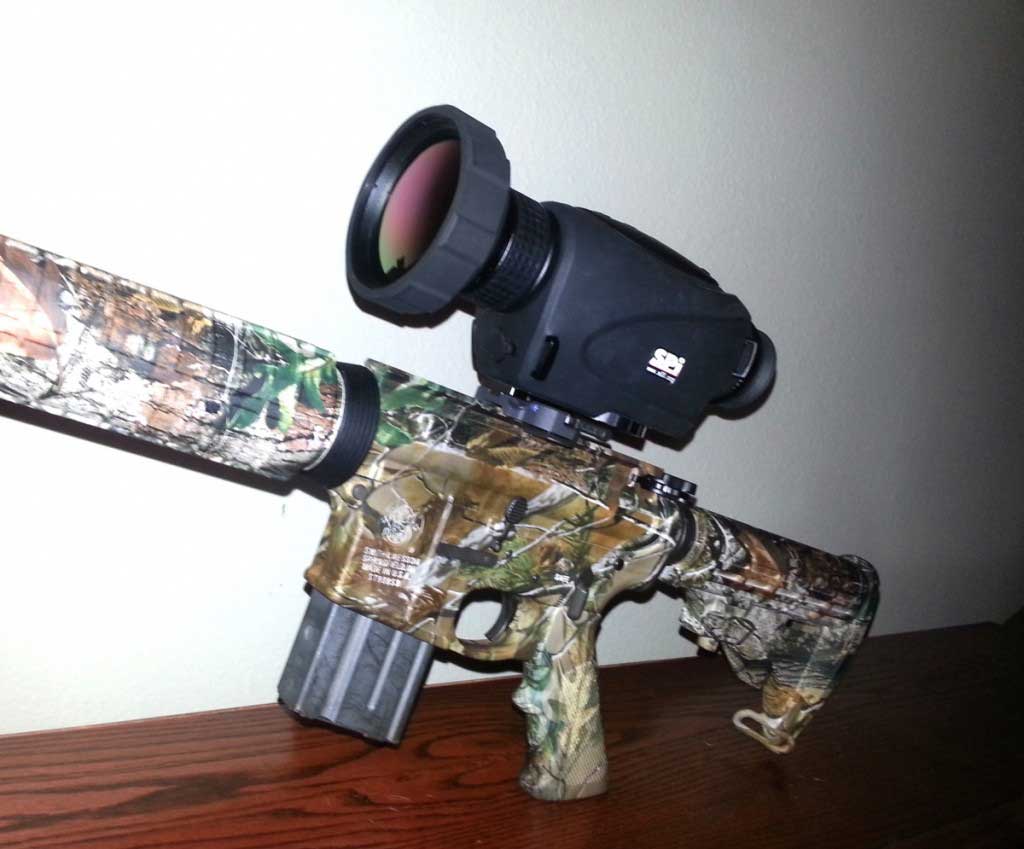 The PAS-15 long range thermal scope mounted on a rifle. 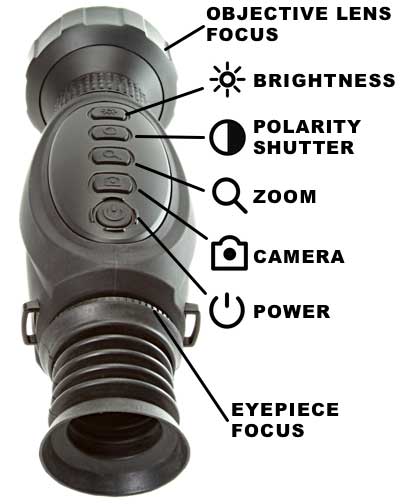 True Focus
Any long range lens needs to have some way to focus on targets at different distances. Avoid cheap imitation scopes that promise “auto infinity internal focus, etc. when it comes to a long range focus system. The PAS-15 flir weapon sight sight has a tried and true traditional focus mechanism that is easy to use and highly effective. The lens turns from near to far; its that simple. A true focus means an easy focus.

Real Buttons
The PAS-15 Long Range Thermal Scope has user friendly buttons that do what they say they do. They will not confuse you like oddly designed arrows, on screen menus or knobs that aren’t even buttons at all. If you want to zoom, you simply press ZOOM. It’s that easy! The buttons also include polarity, shutter, video capture, etc. The PAS-15 flir rifle scope weapon sight makes it ultra-easy to just do what you came to do; point and shoot! 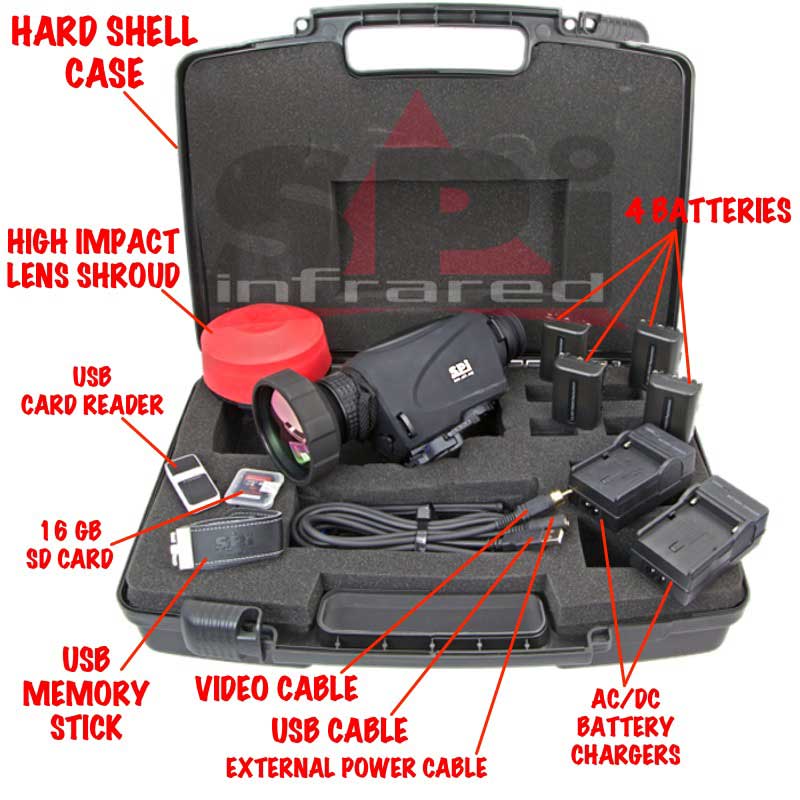 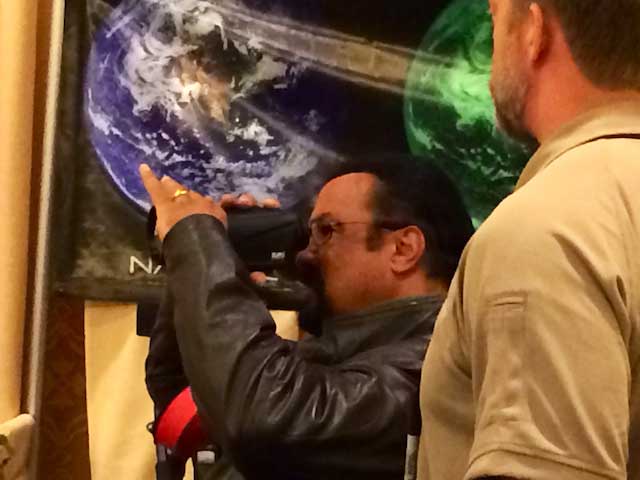 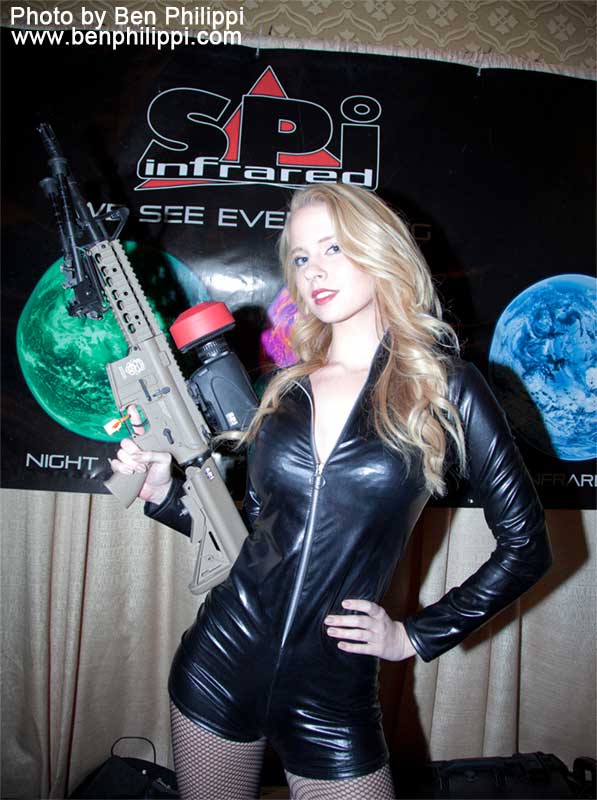 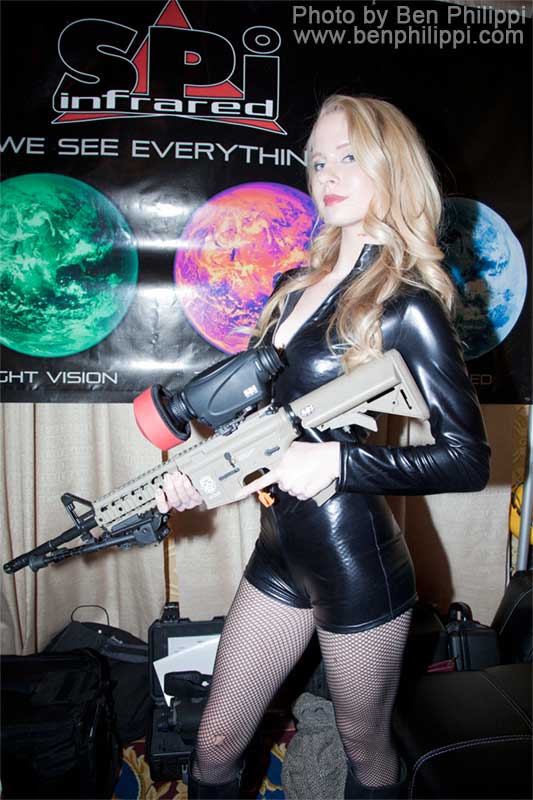 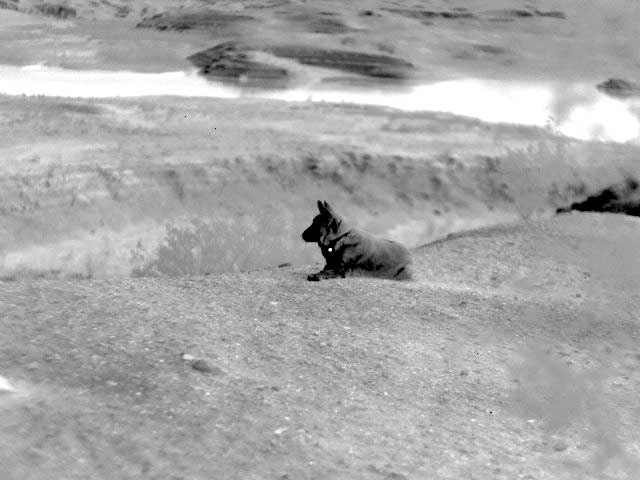 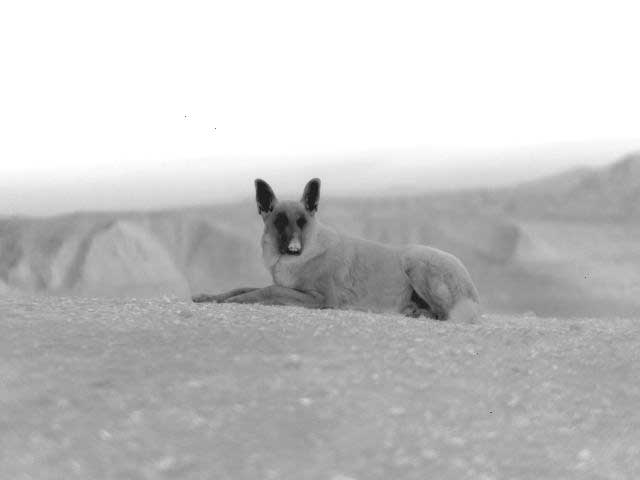 Click here or on the thermal flir scope image below to see our large selection of new Advanced tactical thermal imaging rifle sights and thermal clip on scope www.x26.com website