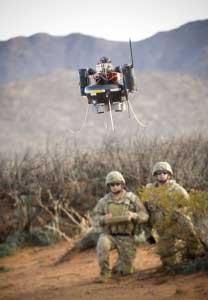 Debates still wage on regarding thermal drones and security issues raised by entering restricted airspace. Public domain image from Wikimedia commons, courtesy of the US Army.

Are drones the new drug mule?  Back in December,  we wrote a blog about drones being used to smuggle contraband over prison fences in South Carolina.  Now, the story is back in the news with the culprit of the crime, Brandon Lee Doyle, being sentenced to 15 years for the caper.  (10 years for smuggling, 5 years for illegal marijuana possession).  But since the smuggling incident, even more controversy is erupting over the ethics of thermal drones and security issues raised when people are using them.

Now just yesterday, a drone toting about 6 lbs of methamphetamine intended for California crashed by a supermarket near the San Ysidro border crossing.  Though the police said that it was the first time they’ve seen drones used for smuggling, the problem is a persistent one at out borders.  According to the Latin Times, the DEA reported that in 2012, “an average of 150 trips were made with drones that crossed the border from Mexico to the United States, in which packets of cocaine and other drugs were transported.”

It will be interesting to see how the FAA will confront the issue with their very ambiguous guidelines on drone use in America, keeping illegal activity in mind.  Regardless, some elected officials are already on the offensive against using UAV/UAS.  Recently, the “Drone Prohibition Act” has been introduced to squash invasive activity.  According to Clarion Ledger, House Bill 347 will directly deal with thermal drones and security issues by prohibiting, “images from drones including sound waves, thermal, infrared, ultraviolet, visible light, or other electromagnetic waves. Morgan’s bill allows an exception if a property owner gives consent for their image to be captured.”

Last November, the French government was on high alert since UAV drones penetrated the restricted airspace of 13 nuclear power plants  between then and October.  According to the Independent, “The machine they were using was sophisticated enough but not military or professional. It was a toy. Whether they were doing it for fun or they had some political motive is not yet clear.”  Whether they were just amateur enthusiasts of ne’er to do wells with harmful intention, it raises a great deal of concern since these drones can possibly be used to gather information about site layout and guard movements which could be used for nefarious actions including terror attacks.  These drones are also becoming a difficult security risk to deal with, since they fly under the detection of radar and are often hard to shoot down, being guards cannot fire in the direction of the nuclear plants themselves or over their cooling towers.

Some UFO enthusiasts even listed these drone fly-overs as “UFO sightings,”  and even attributed the recent shutdown of the Belgian nuclear plant at Doel to the “UFO flyovers.”   Though officials did confirm the shutdown was due to sabotage, the cause was determined to be an oil leak in a steam turbine that was deliberately created, not extraterrestrial activity.  Whether or not UFOs were involved, in wake of the recent terror attack in France coupled with the drone flights invading nuclear plant airspace, French lawmakers are pushing to create “military zones” around the country’s reactors.  The plan is being spearheaded by Claude de Ganay, and will be brought the the Parliament floor on February 5, 2015.  Though anti-nuclear protesters and Greenpeace were suspected of being involved, a French Greenpeace spokesman named Yannick Rousselet  denied any involvement, stating that,  “A law of this type may deter activists but won’t do anything to prevent a terrorist attack on nuclear installations.”

But seeing as though drones can carry several pounds of cargo as seen with the meth crash in Mexico, one wonders how hard it would be to detonate explosives with UAV drones over such vulnerable and vital targets. 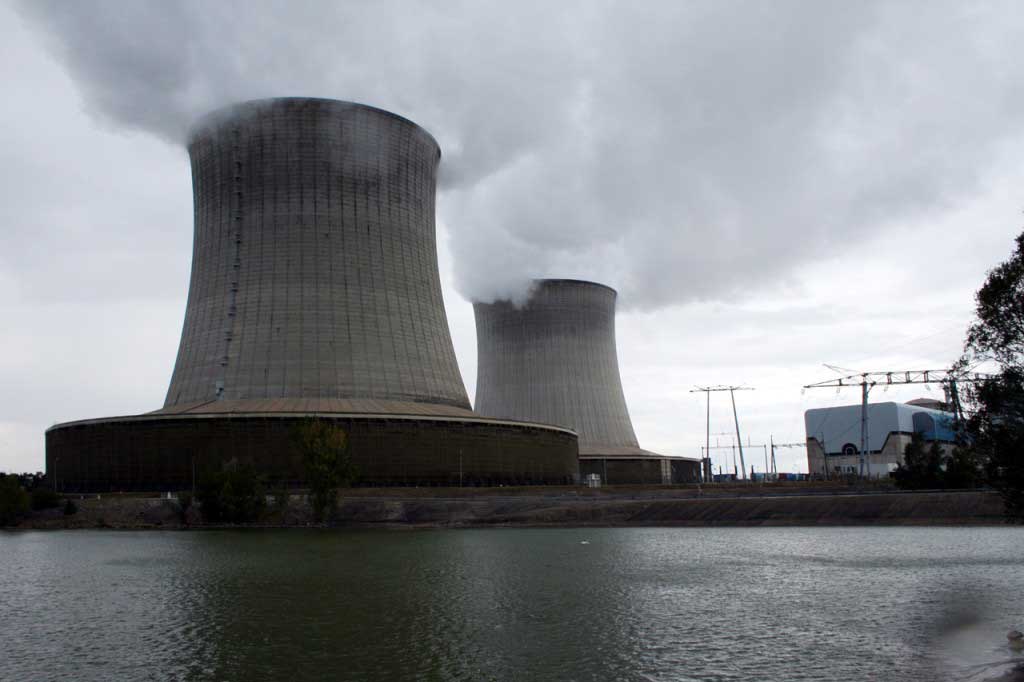