I have been using LWIR uncooled and MWIR cooled FLIR thermal infrared imaging FLIR cameras for over 20 years,
Prior to that I have used the green generation I, II and III Image intensified night vision which I was fascinated with. 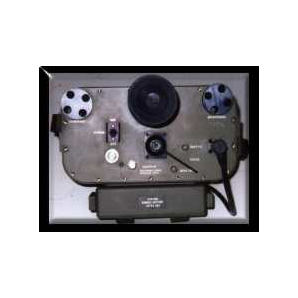 this thermal imager was also renamed by
AGA AGEMA infrared systems and I believe the original manufacturer of the unit was Magnavox. This Unit was considered medium wave 3-5 Um Microns (midwave MWIR) but was not cryogenically cooled, I believe it has a sophisticated TE
ThermoElectric cooler. The unit presented a green thermal heat image that was very low resolution,
never the less, it was a thermal imager, i remember seeing humans walking and seeing the thermal camera pick up their heat signature, 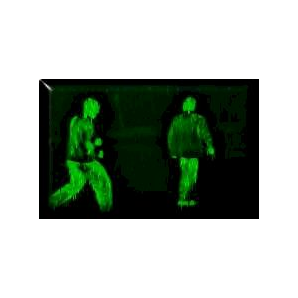 I thought it was absolutely amazing.
The AN/PAS-7 i later found out was used extensively by US military in its first dabbling of utilizing hand held thermal imaging flir cameras for military applications.
Fast Forward to lake South Lake Tahoe California in 1998, A customer had orderer a newer more advanced hand held thermal imager,
this type it was a very high resolution longwave LWIR 8-12 Um or sometimes referred to as 7-14 Microns TI Texas Instruments Raytheon Palm IR 250 Nightsight system

Ill never forget that cold snowy day in South Lake Tahoe after powering up that Uncooled LWIR Long Wave PalmIR 250, the image was absolutely
stunning and the image quality compared to the low resolution PAS-7 was insane. The Unit ran at a fast 30 hz frame rate and the black and white (with reverse polarity) thermal IR image was beautiful. 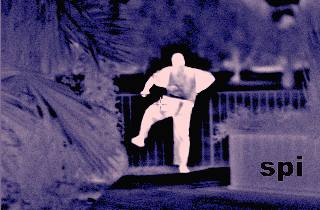 The image quality was pure eye candy, since then we have gone and sold many hundreds of the palm IR 250 thermal imagers and we still service, repair and sell them today,
The unit works so good that it still has a following in the law enforcement community and is quite desirable even in todays uncooled LWIR FLIR thermal infrared imaging SWAP camera marketplace.
Around the Same time in 1998 in South Lake Tahoe, We got our hands on a cryogenically stirling cooled MWIR medium wave thermal imaging FLIR camera called the
PRISM DS or PD-300. I was not used to a cooled MWIR thermal camera
because this type has to cool down in order to operate and this process generally takes about 5-10 minutes after you turn the unit on, 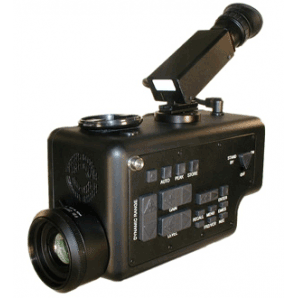 once the MWIR cooled detector reaches its desired cooled temperature, the camera then starts presenting the image which is truly beautiful. Since the PAS-7 was
Green and the Palm IR 250 was monochrome, I had never seen a colour thermal image. When I powered up that PD300 camera, the vivid colors and extreme sensitivity
simply b;ew my mind. Now that is an IMAGE. The unit runs at 60 hz TV real time frame rates and really has an incredible image, even today, this camera has eye popping
imagery. The unit utilized a Platinum Silicide (PtSi) Detector which is not commonly used frequently in todays cooled MWIR thermal FLIR imaging camera marketplace,
In todays Cooled MWIR IR camera space, its generally Indium Antimonide or InSB that seems to dominate the cooled MWIR market (I have seen InSb imagery many times and it is impressive) 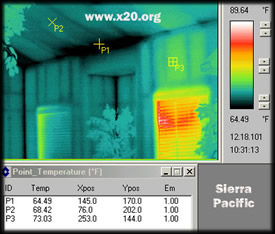 It was apparent to me that cooled MWIR thermal infrared imaging cameras were more sensitive than their LWIR uncooled siblings.
I was really impressed by both the cooled and uncooled thermal cameras capabilities of being utilized for night vision applications and
at the same time be used for maintenance/analysis and condition monitoring applications, A single camera has so many uses, and the technology is quite intriguing.

Optic and Lenses for Uncooled LWIR and MWIR cooled cameras were are also quite fascinating because they are not like typical camera or camcorder lenses that are clear glass, these have a Goldish/Silverish tint to them
and they are not see-through at all, the material is called Germanium (Gm) and is very Exotic and expensive as well. 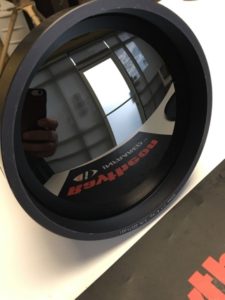